Arrow Battle is a variant of the well-known paintball, but with a bow and arrow. The arrow is capped with a rubber ball, so it hardly hurts when it hits you. You enter a so-called "Battle Arena" which consists of two fields with 5 obstacles per field. The goal is to score as many points as possible. 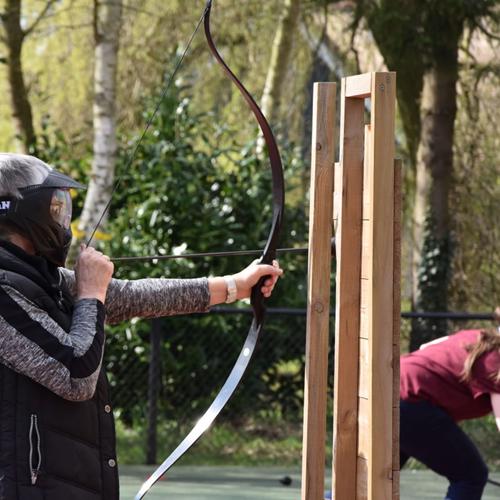